The Real Threat to Freedom

There has been a lot of talk about George Orwell’s classic book 1984 recently and for good reason. Edward Snowden catalyzed the story’s return to the spotlight when he gave government documents exposing egregious surveillance policies to various members of the press. Some call him a whistleblower, some call him a traitor, and some brand his actions “leaks,” as if this is a crack in an oil pan. The word “freedom” is mentioned twenty-five times in Orwell’s text, the first occasion a few paragraphs in, its narrator detailing the slogans of the ruling party: FREEDOM IS SLAVERY. The slogan is depicted on the side of a monolithic institution, the Ministry of Truth, a well-oiled machine “which concerned itself with news, entertainment, education, and the fine arts.” Snowden’s cornucopia of documented truth revealed that particular institutions of the United States government seem to share the same concern, programs like PRISM, which now thrust under sunshine, refracts its spectrum of interests for all to see. PRISM, which seems more like a magnifying glass readied to burn holes through those whose lives algorithmic determinations say warrant a beam of light, should scare anyone who believes freedom is antithetical to slavery. What Snowden has exposed is the effort to build a Ministry of Data, a plausible, contemporary addition to Orwell’s fantastical leviathan. And those who think a little sunshine on their privacy of their lives will do no harm, make no mistake: our true freedoms — most importantly our right to create — are at risk.

Orwell’s novel isn’t the only historical marker to be moved forward as a result of Snowden’s actions, as recently released top secret documents published in the German magazine Der Spiegel exposed the extent to which American spy programs were gathering data on European citizens, rightfully recalling the actions of the East German Ministry for State Security, or the Stasi. Brilliantly detailed in the 2006 film Das Leben der Anderen (The Lives of Others), the Stasi were notorious for wreaking havoc on those citizens under their watch. Those who knew they were being watched had to resort to surreptitious means to preserve what little privacy or dignity their lives possessed. Lacking the Internet and constantly flowing channels of digital data, over one-hundred thousand Stasi employees riffled through snail mail, listened in on analog bugs, and manipulated suspects through undercover means, all to gain data on those perceived to be enemies of the state. While the number of employees in the National Security Agency is classified — inasmuch as classifying the number of farmworkers in the United States might strengthen food safety — the advantages of modern-day electronic riffling, listening, and analysis are easy to see. In contrast to a limited number of Stasi agents pursuing a limited number of citizens in on-the-ground dirty work, a limited number of NSA agents can pursue an unlimited number of suspects by digitizing criteria with which to parse potential enemies of the state; suspicion no longer warrants spying, spying now ferrets out suspicion. Examining a whole populace through a mechanical magnifying glass is as absurd as the belief that freedom is slavery and as absurd as a reading the newspaper through a kaleidoscope. No matter the criteria or efficacy of any such program, the very organization of its gears do more to threaten the liberty our nation purports to hold dear than any of the manufactured fears of Islam, or socialism, or terrorism, or sunshine our leaders purport threaten our peoples.

But the real display of danger on the horizon just occurred. As the European nations prepare to negotiate a trade agreement with the United States, many delegates, as Claus Hecking and Stefan Schultz report, are “furious” by the possibility that the American dragnet crosses far over the ocean and onto the Continent. Similarly, the Obama administration is infuriated that nations like Russia or Ecuador would even consider assisting Snowden with his attempts to seek asylum, taking liberty to cancel his passport so as to complicate his thoroughfare. So, too, must Bolivian President Evo Morales be experiencing a little infuriation right now, previously unmentioned throughout this brouhaha until the plane in which he was flying was not only denied airspace over France and Portugal, but also grounded in Austria, based on circulating rumors that his contingent was surreptitiously transporting Snowden to safety. This feat, as reported by Catherine E. Shoichet, is a damning revelation of the United States’ imperialistic sway. For European Union members to cry foul only days before, astonished and horrified that Cold War behaviors were being redeployed across their member states — unknowingly — to then deny the codified right of passage to a democratically elected head of state and subject his vehicle to search… this is the alarm for us all. France and Portugal have no direct interest in Snowden’s whereabouts, in fact, unless Snowden has information implicating those European states in their own egregious efforts, both countries likely stand to gain political clout with this American blunder. But, France and Portugal do stand to lose trade benefits from American anger, something especially important to the former, a country constantly at battle for the naming rights to Champagne, and certainly to the latter, a country doubled over in pain from the 2008 financial fallout, their national unemployment rate hovering around 17%.

If the United States can sway its angered allies to make an unprecedented diplomatic tackle against another sovereign nation, the trivial lives of 500 million Facebook users — or anyone underneath the prism who looks like trouble — will burn just as easily as an ant underneath the sunlit magnifying glass of the agency ready to direct its ray on command. That Barack Obama, who campaigned on such promises as transparency and the closure of the Guantanamo Bay Detention Center, can, tongue-in-cheek, purport that these tactics, domestically and internationally, are for our benefit, calls to doubt that which sponsors his intentions. When will that hot ray be directed on other citizens who, like Snowden, question the intentions of their government and the benevolence of its demands? It is only a matter of time on this trajectory that others, those who don’t necessarily leak, but those who still shout, feel the kibosh in perhaps more subtle, unreported ways. Looking back on the stories of the past few years, particularly the easy and plentiful teargassing of assembled protestors, the paramilitary readiness of our police forces will be no less apt to react to executive calls for quieting a protest than they were when given the call to deploy non-lethal weapons on the peaceful gatherings of Occupy. When will single voices, pointed out by the light of a prism, begin to be silently rounded up and coerced? It’s likely it has already occurred. The same President that considers it okay to collaterally kill Yemeni children in the proximity of suspected terrorists will have no problem releasing the drones when the enemy he has manufactured is on his own soil. In fact, this administration has already killed its own citizens with ease, particularly the 2011 death of forty year-old Anwar Awlaki.

With Yemeni children and brown-skinned American citizens fair game for slaughter, one wonders what kind of algorithms PRISM runs on those children who use Facebook or the Skype video transmissions of anyone lacking white skin. What will the Ministry of Data do when an American-born Islamic thirteen year-old uses the word “kill” in a status update? Flag her for review?

Though it seems freedom of speech is secure for now, though some may question whether the freedom of the press has been maliciously subverted, it won’t take long for someone creative, some artist, some writer, some journalist, responding to the political atmosphere, to come under harsh fire. We’ve seen defunding happen when Robert Mapplethorpe and HIV/AIDS were reaching “The Perfect Moment”, and we’ve seen smear campaigns recently begin against Glenn Greenwald, the journalist who met with Snowden to facilitate where we are today.

We can no longer just standby and wait for this smoke to blow over. The privacy of an artist’s studio is a key element to igniting creation. The respite of a cabin in the woods has allowed many writers the solace to find their words. And the secret world of a child’s fort, veiled to the outside adult world, is where the wonders of the future set roots — in the privacy of our our selves. If we are to live in a digitally connected global community, where the lights on Main Street are always on and the traffic is always flowing, we must demand our right to live without blanket surveil. But, more importantly, we must seriously consider those who allow these policies to take shape, and remember that these men and women are not our friends and leaders, but our watchers and wardens. If we wait any longer it may be too late to freely think.

Chris Rusak is an artist and writer who regrets voting for Barack Obama. 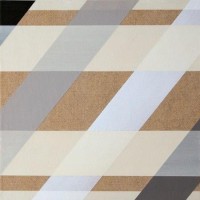